Particle Technology is one of the research focusses of the Chair. Materials formed of particles, powders or bulk solids are widely used in all areas of the process industries, for instance in pharmaceutical applications, food processing, chemical and energy conversion industries, biotechnology, plastics and cosmetics industries, to name a few. As particle technology plays such a central role, we perform the development and validation of models for particle technology, and perform dedicated experiments to elucidate the complex behaviour of particles.

In discrete particle models (DPM) and distinct element models (DEM), the behaviour of every individual particles in a specific region is determined, and followed in space and time.

In DEM, or soft-sphere particle-particle modelling, the forces arising on the particles are modelled by estimating the local deformation of the particle. This deformation is then interpreted by a strain-stress relation, and a resulting force between two colliding particles is determined. We have worked on accurately modelling different strain-stress relationships to determine the behaviour of different particle materials, such as fully elastic, visco-elastic, and plastic.

In DPM, or hard-sphere particle-particle modelling, the governing equations of motion (impulse + energy) are considered. In other words the post-collisional linear and angular velocities are determined by considering the change in momentum of a particle due to a collision. The tangential and normal impulses are considered individually and are used to determine the linear and angular velocities of a collision. As opposed to the soft-sphere model, the collisions are considered instantaneous and binary and the spheres do not deform (i.e. there is no overlap during a collision). The dissipation of energy arises from the coefficients of normal and tangential restitution and also the coefficient of friction. 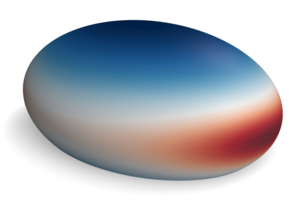 Particle-laden turbulent flows can be found in many industrial and environmental processes. Examples of such processes are the pneumatic transport of particles; the energy conversion of fossil fuels; the movement of soot particles in the atmosphere; the flow of particles in cyclones and many more. Understanding the effects of particle-fluid interactions is of utmost importance because this will result in a more accurate prediction of these processes. Additionally, for applications such as sediment transport, where the direction of gravity is perpendicular to the flow, particle-particle and particle-wall collisions become very important as well. Therefore, the need to understand the effects of these additional physical phenomena is of fundamental importance. This has been one of the important research topics of the Chair. 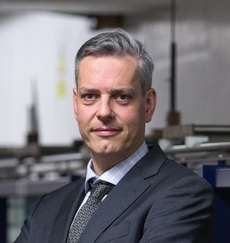